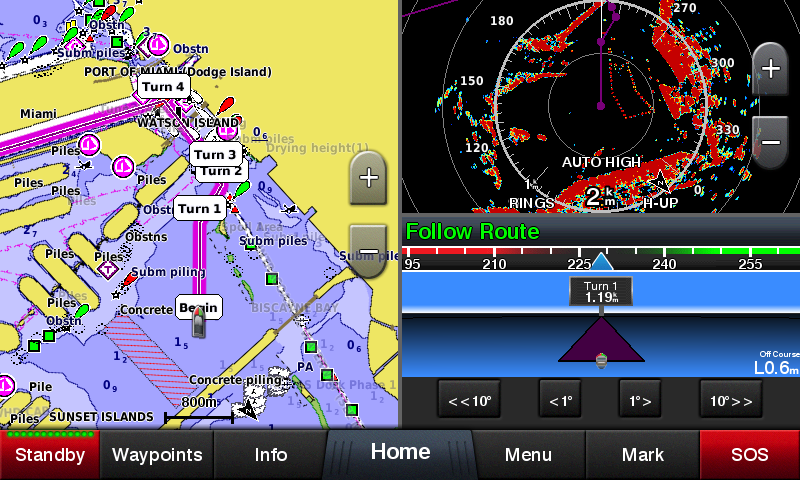 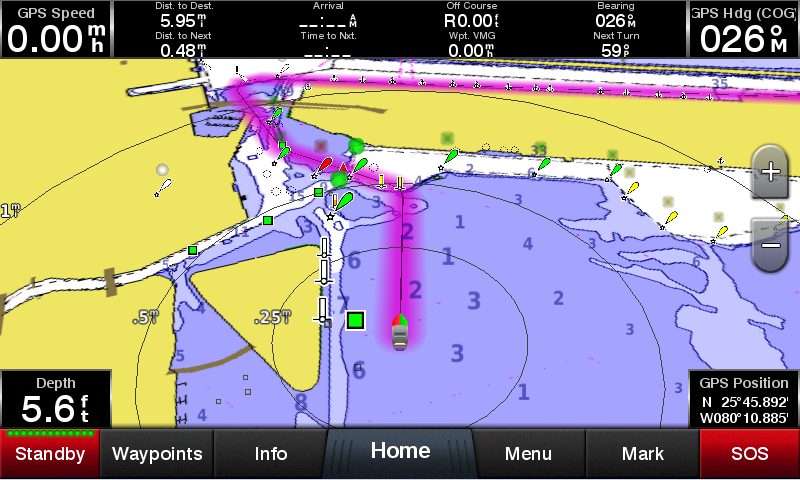 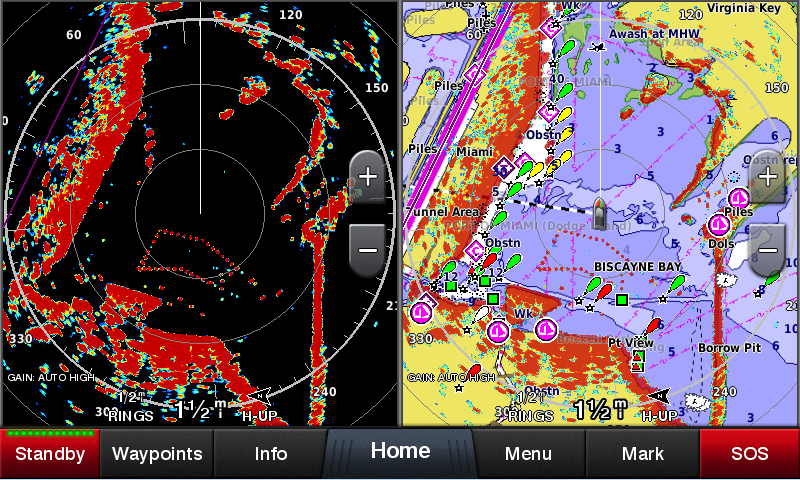 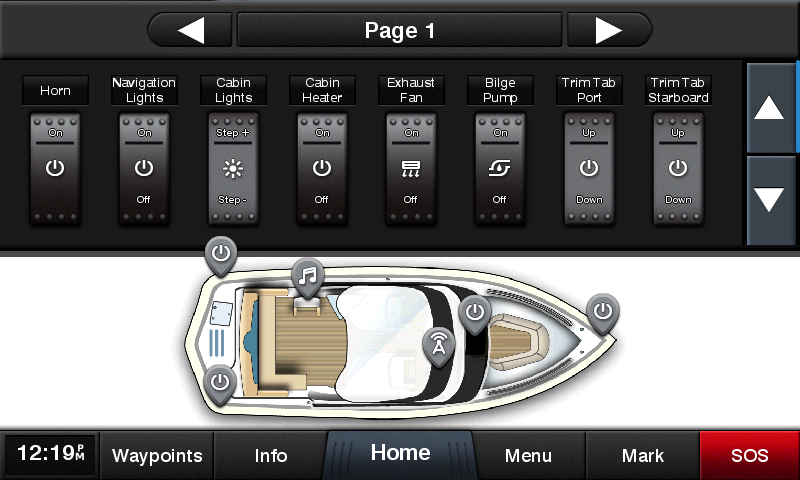 Enjoy built-in Wi-Fi connectivity for BlueChart Mobile 2.0 and Garmin Helm apps. Garmin Helm allows you to view and control your compatible chartplotter from a compatible smartphone or tablet while providing enhanced situational awareness for the mariner. With BlueChart Mobile, a free app downloaded from the App Store™, you can get reliable weather information while you plan marine routes on your iPad® or iPhone® then wirelessly transfer them to your boat’s compatible networked Garmin chartplotter. You can even stream and control a VIRB action camera from the chartplotter. 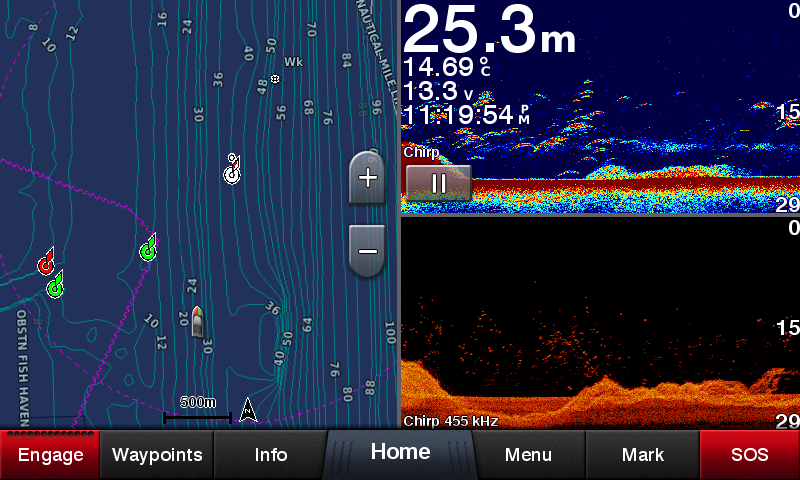 Right out of the box, you have access to some amazing sonar capabilities; all you add are transducers. Comes with built-in Garmin 1 kW CHIRP sonar and CHIRP ClearVü scanning sonar. It even supports Panoptix all-seeing sonar, premium Garmin sonar modules and a wide range of transducers (sold separately).

Networked combos can share their internal sonar with any other device on the network. You can also choose what information is overlaid on the sonar screen, for example, radar, time of day or GPS speed.

Fast, responsive built-in 10 Hz GPS and GLONASS receiver refreshes your position and heading 10 times each second to make your movement on the screen more fluid. It makes dropping up to 5,000 accurate waypoints — and finding your way back to them — quick and easy.

Upgrade to Our Best Maps on the Water 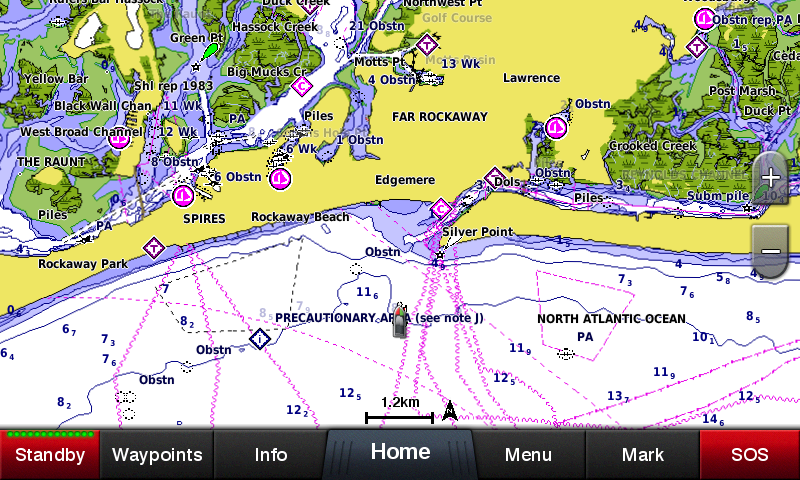 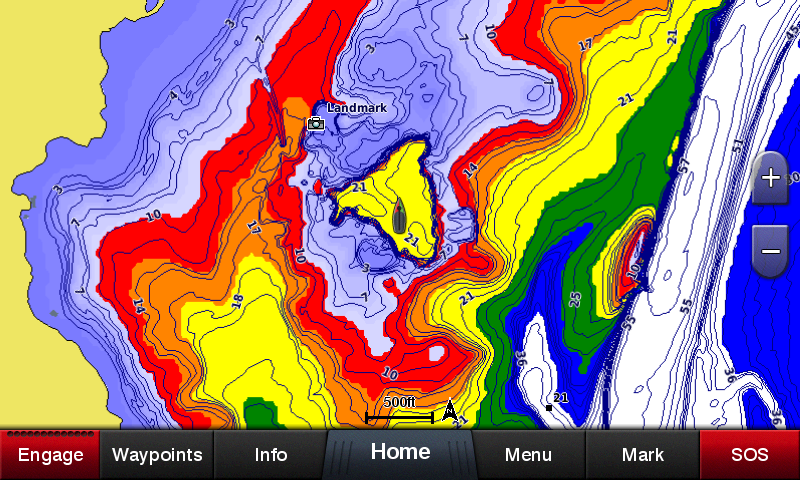 Quickdraw Contours to Create Your Own HD Maps

Instantly create personalized HD fishing maps onscreen with 1-foot contours. Tailor them to fit your needs. These are your maps — you own them. Keep the data to yourself, or share it with the Quickdraw Community on Garmin Connect™.

To help you gain a wind-maximizing competitive edge, your chartplotter features a pre-race guidance page that shows your virtual starting line along with data fields showing laylines, time to burn before the start and a race timer that can be synchronized across all your networked Garmin GPS products. In addition, other supported sailing features include an enhanced wind rose, heading and course-over-ground lines, set and drift, true and apparent wind data and more. 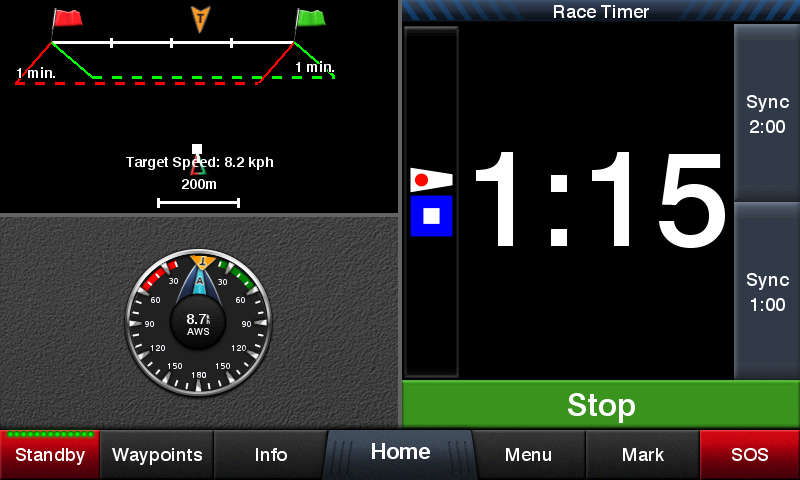 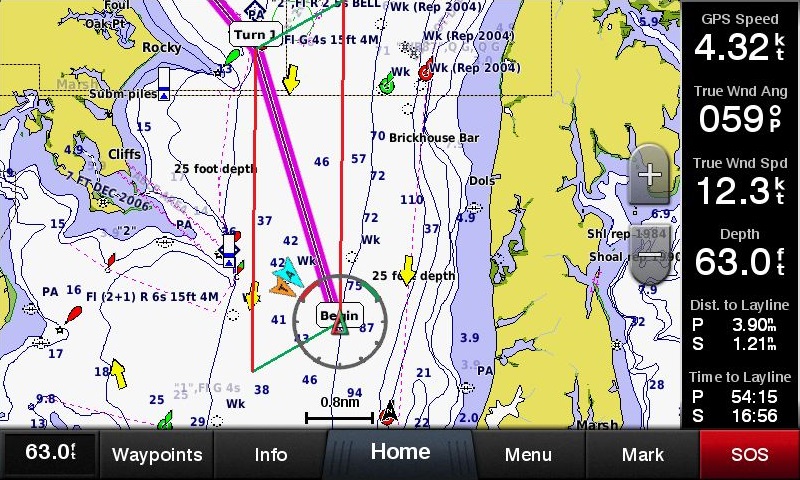 If you have waypoints, tracks or frequently used routes stored on another manufacturer’s GPS product — or on a Garmin handheld device — it’s easy to transfer those items to your new Garmin chartplotter via industry-standard GPX software formatting.

¹Auto Guidance is for planning purposes only and does not replace safe navigation operations.